“I told the doctor I broke my leg in two places. He told me to quit going to those places.”

Some people believe the body is the temple of the Lord. So it stands to reason that it doesn’t always get the attention it deserves and often is ignored altogether. But it shouldn’t be, and especially not at the doctor’s office. And one thing medical professionals and patients alike can agree on is that doctor/patient communication could use some improvement.

A new study by ImagineMD, is raising questions about the consequences of rushed doctor visits. The company surveyed some 3,000 Americans, inquiring about experiences with primary care doctors and found what they say are some alarming trends:

Dr. Alex Lickerman, founder and CEO of ImagineMD—a Chicago-based direct primary care (DPC) practice that charges a monthly membership fee and doesn’t accept insurance—said, “It’s almost hard to believe, across America, primary care doctors are neglecting to talk to patients about the things most likely to kill them [such as] drug overdose, suicide, traffic accidents, etc.”

Lickerman said “Though they serve as the foremost authorities on our health, doctors spend mere minutes with us each year, often less time than we spend filling out paperwork or decoding benefit plans. In these brief encounters, what subjects could possibly be covered in any detail? Considering the many important threads that make up an individual’s health and wellness and inevitable questions about oddly persistent rashes and dull aches between the shoulders … how much is left unsaid?”

ImagineMD’s survey aptly investigated the following question: “Do doctors adequately address with their patients the leading causes of death in America?” Surveyors divided their analysis into two respondent groups, ages 15-44 and 45-64, and focused on the most preventable causes of death. They then asked patients to consider carefully which subjects their doctors have raised in conversation with them and to what degree.

Lickerman said that even though the opioid crisis has been a national epidemic for several years now, fewer than 1 in 10 Americans reported to surveyors that their doctors have raised the subject with them. He said it “represents a significant failure of the healthcare system to address it.”

In its analysis of individuals ages 45-64, the company saw what Lickerman calls evidence of neglected fundamentals. “In a group where coronary heart disease is the most common cause of death, and people are often in the thick of midlife crises, demanding careers and intense family demands, the subject of stress gets raised in less than half of doctor-patient relationships.”

The bottom line, according to Lickerman, is that American doctors are failing to engage their patients in dialogue around issues that have the greatest impact on their health. And “Why aren’t primary care doctors talking about the risk factors for the most common causes of death with their patients?” Lickerman asked. “It’s not because they don’t want to. It’s because they don’t have enough time.”

Lickerman argues that “The things that kill people most commonly are mostly preventable. But the medical system itself is preventing doctors from asking about and addressing the behaviors their patients need to change, to reduce their risk of dying.”

It seems time has not brought about any significant changes either. Just over a decade ago, a study by doctors Ming Tai-Seale, Ph.D., M.P.H.; Tai-Seale, Thomas G. McGuire, Ph.D.; and Weimin Zhang, Ph.D., found that a “very limited amount of time was dedicated to specific topics in office visits. The median visit length was 15.7 minutes covering a median of six topics. About 5 minutes were spent on the longest topic whereas the remaining topics each received 1.1 minutes.”

Authors of the study used a unique data set consisting of videotaped elderly patients’ visits with their primary care physicians in three distinct organizational settings: salaried group practice in an academic medical center, a managed care group practice, and fee-for-service practitioners. They concluded that, “While time spent by patient and physician on a topic responded to many factors, length of the visit overall varied little even when contents of visits varied widely,” and that “Efforts to improve the quality of care need to recognize the time pressure on both patients and physicians, the effects of financial incentives and the time costs of improving patient–physician interactions.”

So if the reality is that doctors are simply too busy and getting busier all the time, there doesn’t seem to be a lot of hope for the problem to change any time soon. So maybe the best patients can do for now is to step up and make changes of their own. 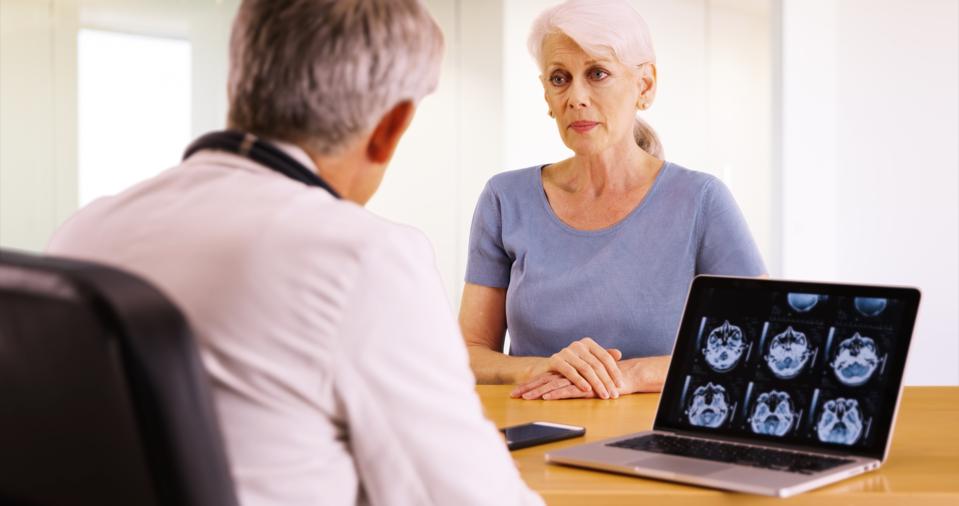 The National Institutes on Aging (NIA) today released a set of helpful hints to use when planning for a doctor’s visit that just might help patients make the most of the time they do have with their doctors:

The NIA contends that how well you and your doctor “talk to each other is one of the most important parts of getting good health care.” This is true at any age, but because seniors often have multiple concerns, it is especially important that they speak often and comfortably with their doctors. And learning to do that takes time and effort on their part as well as their doctor’s. “This means asking questions if the doctor’s explanations or instructions are unclear, bringing up problems even if the doctor doesn’t ask, and letting the doctor know if you have concerns about a particular treatment or change in your daily life,” says the NIA.

The NIA also offers tips on talking about sensitive topics with your doctor. On their website, the NIA offers information for starting conversations about the following sometimes embarrassing and often very personal subjects:

For more strategies on communicating with your doctor, visit the NIA website.

India, Not China, Is Still The Dominant Power In South Asia

Holiday Season Scams: How Not To Get Taken

From travel ‘deals’ to puppies to gift cards, watch your wallet! Source link Share with your friends! Products You May

Assessing the Risks in Various Asset Classes for Retirement

Robinhood Is The Latest Firm To Offer Fractional Stock Trades. What’s All The Hype About?

Automatic Checkout Machines And Their Detractors, Including Me

Get The Latest Investing Tips
Straight to your inbox

We respect your privacy and take protecting it seriously